India the country with a massive population and a huge growing economy has also a great level of competition. It is never easy in India to study in one’s own desirable college or university. However, in this article, we’ll talk about the top 10 best universities in India 2020 – 2021. 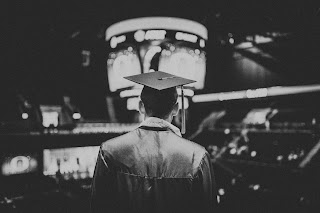 India is home to many universities that are located in various parts of India. If we talk about India’s capital New Delhi it is alone a home for 26 Universities following Jaipur with 24 and Chennai with contains 22 Universities. In this huge competition, we will let you know the top 10 best universities in India 2020 – 2021.

IITG was established in 1994, by the Government of India. IITG has 11 departments that offer various programs such as B.Tech, M.Sc. and Ph.D.

IITR was established in 1847 by British India, before 1949 it was known as Thomason College of Civil Engineering. IIT Roorkee has 22 academic departments covering Engineering, Applied Sciences, Humanities, Social Sciences and Management programs.

Delhi University was established in 1922. The University of Delhi is known as India’s largest institution of higher learning, it is also amongst the largest universities in the world. The university has 16 faculties and 86 departments. More than 75 colleges and 5 other institutes are affiliated with Delhi University. The University is well known because of its excellence in teaching and research.

IITK is a public technical and research university established in 1960. IITK is a well-known institute in India because of its information technology. The institute contains about 30 departments in engineering, management and social sciences.

IIT Kharagpur was established in 1951 by the government of India. The institute has about 19 Academic Departments, 7 Centers and 8 Schools of Excellence. It offers many Dual degrees, M.Sc. and Ph.D. programs.

IISc is a public research university established in 1909 with the support of tata institute. IISc has about 44 departments. The institute contains doctoral programs in Biological, Chemical, Physical and Mathematical Sciences for natural science graduates.

IITM was the third IIT established in 1959 by the Government of India. Due to its high technical education, it is also known as the institute of national importance. The Institute has 16 academic departments and some advanced research centers in various development of engineering and pure sciences, it also has nearly 100 laboratories.

IITD was established in 1961 by Professor Humayun Kabir. In 2018 IITD was also given the status of Institution of Eminence by the Government of India which granted almost full autonomy, giving this institute the power to make its own decisions.

IITB is a public technical university established in 1958, in 2020 it has been ranked 1 in India. The University has about 15 academic departments, 20 centers, a school of excellence and 4 interdisciplinary programs including a Management Program.

How are the above Universities ranked?

There are two most known world university rankings which are (1) the The-QS World University Rankings and (2) the Academic Ranking of World Universities which is also known as ARWU. In this article, the data is taken from the QS world university ranking. The-QS ranking uses six indicators to rank universities which are (1) academic peer review (2) employer review (3) faculty to student ratio (4) citations per faculty member (5) proportion of faculty that are international and (6) proportion of students that are international. Different Universities contain weightage in different indicators. The university which gains weightage in most of these indicators leads first.

The Top 10 Richest Muslim Countries in the World.